What if I’m wrong? What can I do anyway? Who would I tell? It’s these types of questions a safeguarding consultant has the answers to. Sue Wheeler works in the South Gloucester area training and advising on what to do if you sense a young person is in trouble…

“When you get that gut feeling you shouldn’t ignore it,” explains Sue, “it’s often a sign that something isn’t right.”

Sue Wheeler trains people who directly work with young people who could be in a vulnerable or dangerous situation. She teaches them how to look out for warning signs that someone could need their help. Recently Sue’s been working with staff in the night time economy sector, that’s bars, restaurants, security or volunteers in South Gloucestershire.

Her work centres around those who could be a victim of child sexual exploitation. Children who are in exploitative situations and relationships will receive something, such as gifts, money or affection. In return they must pay the debt back, by performing sexual activities on other or with the perpetrator.

“The training is free and goes through the steps and signs that help people identify a young person who might need help. My work specifically relates to those under the age of 18, as the law changes when you become an adult,” Sue explains.

“People working in the night time sector will often see children or young people acting in an unusual manner. I try to help them understand when some is out of place, and what to do if they think it is. 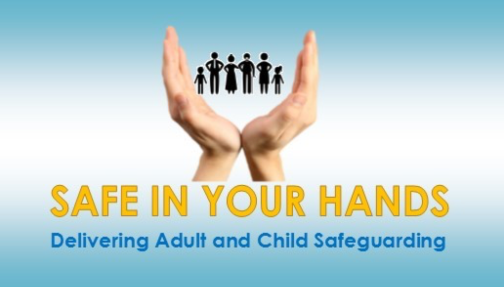 Sue explained that child exploitation is generally a hidden crime, as a young person won’t often understand they’re being abused. They may depend on their abuser or be too scared to tell someone what’s happening.

Her work is funded by South Gloucestershire Safeguarding Children’s Board, which has ensured budget for safeguarding support is secure.

Sue said: “Funding used to be shared between Bristol and South Gloucester, but budgets were cut and my employed role became freelance. by South Gloucestershire Safeguarding Children’s Board has always maintained that it wants to continue offering this vital support.

“It’s worth pointing out that this happens to a minority of children in our area, but it’s often something which is harder to identify in rural areas meaning the provision still needs to be in place.”

Before working as a consultant, Sue used to work for the charity Barnardo’s, which transforms the lives of the most vulnerable children across the UK.

Sue said: “Children or young people can be tricked into believing they’re in a loving, consensual relationship and can be invited or taken to parties. They are groomed and may also be exploited online.

“The perpetrator has the power and control over a young person and will manipulate them into doing things they want them to. They may not know how to get out of a given situation, which is why acting when you see a child in trouble is so important.”

Sue will be running five training sessions between December and January across South Gloucestershire in the following areas:

Each session is two hours long and attendees will receive a certificate approved by the South Gloucestershire’s Safeguarding Children board.

Alongside these specific sessions, Sue is also employed by South Gloucestershire licensing department to deliver CSE training to new and existing taxi drivers. Her work currently involves training around 50 new drivers each week.

Anyone interested in attending these sessions can book using the following link:

Sue has put together these signs to look out for if you think a child might be at risk: